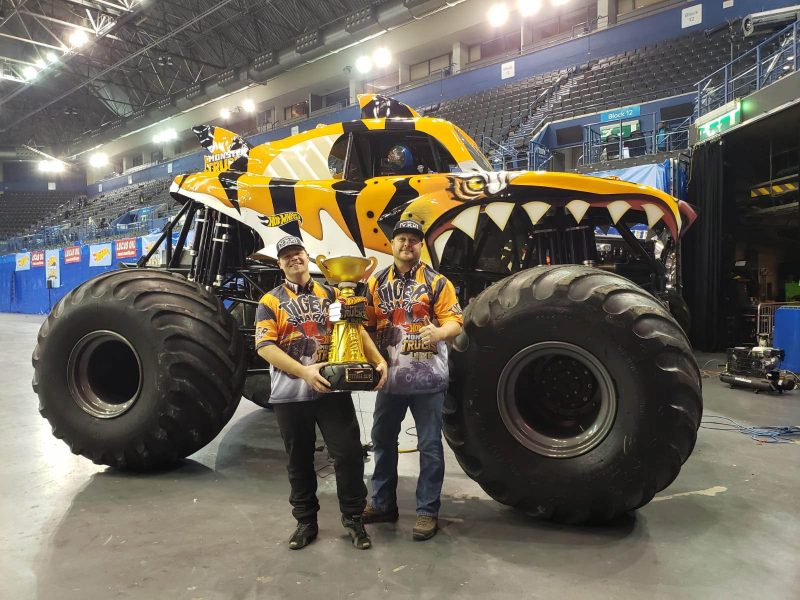 The Samson Monster Truck Racing team was able to take part in an exciting opportunity this first quarter in joining Hot Wheels Monster Trucks Live for their first ever European tour.

END_OF_DOCUMENT_TOKEN_TO_BE_REPLACED 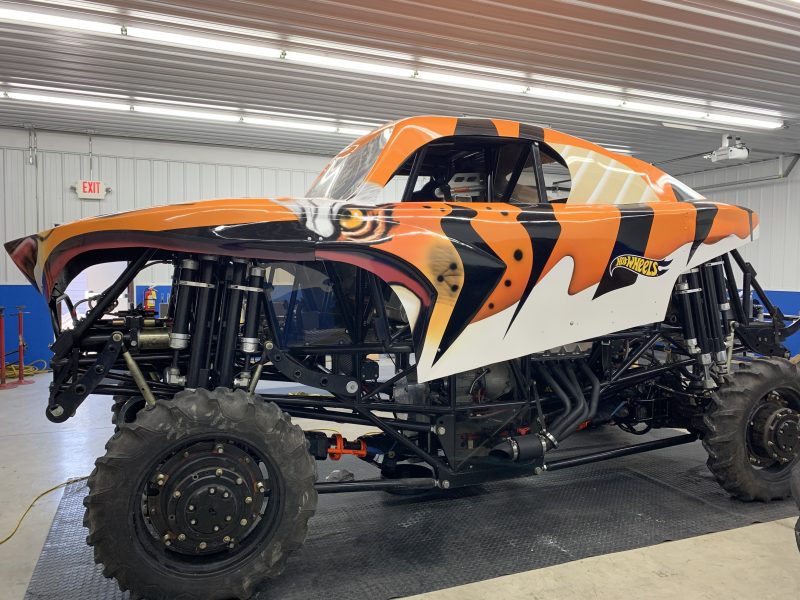 We are excited to announce that have been invited to be a part of the European Hot Wheels Monster Trucks Live experience promoting the Tiger Shark Monster Truck body.

The Samson body came off our monster truck and the Tiger Shark body on!!

The container with the Tiger Shark monster truck, extra parts, tires, tools and spare EVERYTHING left our Patrick Enterprises shop on November 13th headed for the port in Philadelphia, PA  then on to Manchester, UK.

The show is, for the first time, touring Europe starting in the UK, Poland and Denmark in 2020. Hot Wheels Monster Trucks Live creates an immersive experience for Monster Truck fans. This is the first time the live show based on the number #1 selling toy has been released in Europe and demonstrates the expansion and strength of the brand worldwide. This new live entertainment tour will bring everyone’s favorite Hot Wheels™ Monster Trucks to life, combining Hot Wheels’ iconic jumps and stunts with epic crashing and smashing to deliver an exhilarating family entertainment experience for kids of all ages. In addition to the Trucks, each show will feature specialty acts like the superstars of freestyle motocross, world record attempts, and Megasaurus—the massive, car-eating, fire-breathing prehistoric robot who loves chomping on anything with four wheels.

We want to thank Raycom-Legacy Content Company for including Patrick Enterprises on this European tour! 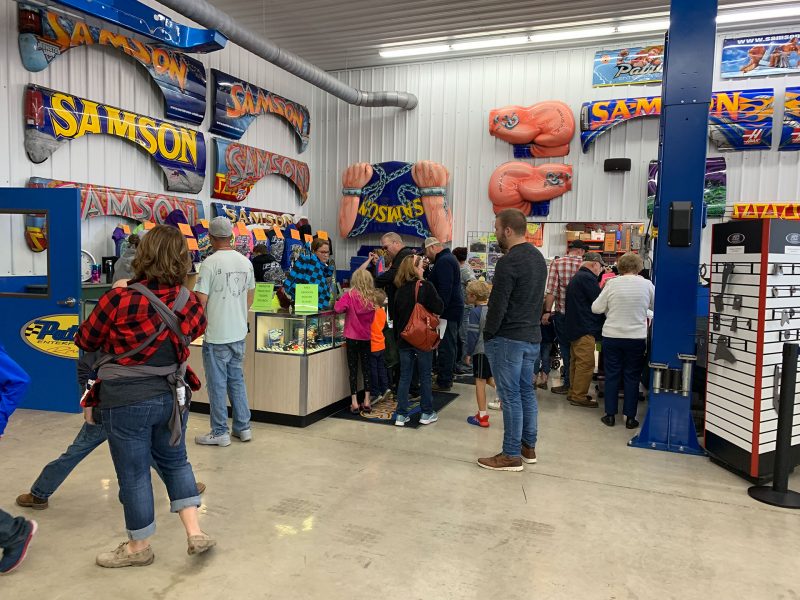 For the 9th time the Samson Monster Truck Racing and Patrick Enterprises Inc opened their shop doors to the general public to give fans an idea of what happens in our day to day operations.

END_OF_DOCUMENT_TOKEN_TO_BE_REPLACED 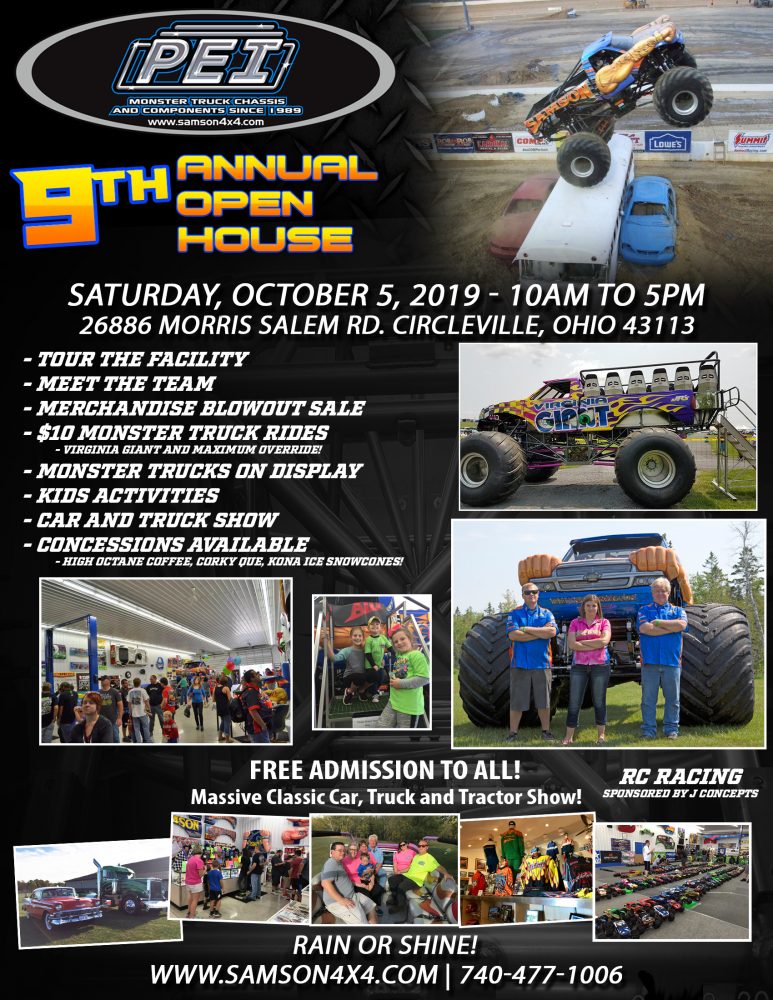 As we approach October we’re gearing up for our annual Open House here at the PEI and Samson Headquarters. Each year we open our doors for one day and welcome in the public to see the inside of our operation. We’ll also have a number of trucks on display this year for fans to get an up close look at and meet their drivers as well. This year we also have two ride trucks for everyone to experience. It’s not just monster trucks here for the open house either, there will also be a car and truck show too! There’s plenty to taken in for gearheads of all kinds. For the younger audience we’ve got kids activities going on throughout the day. If that wasn’t enough to entice you, we’ve also got a variety of concessions on hand as well. New for this year we are excited to hos an awesome RC monster truck event presented by our friends at JConcepts. There will be multiple classes from modern style monster trucks, retro style monster trucks and even a mega truck class in action. For more information on the RC Monster Truck race check out the flyer below. So come join us next Saturday October 5th from 10am to 4pm for our annual Open House.