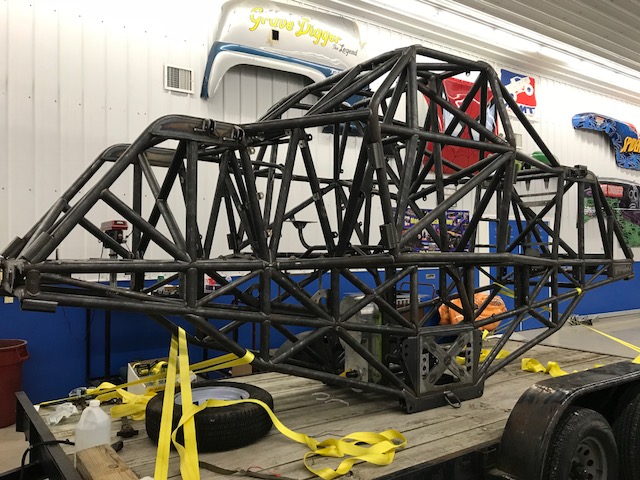 Since taking the turn from being a fan to becoming a driver, Matt Pagliarulo and the Tom Foolery Motorsports team have been supporters and customers of Patrick Enterprises Inc. Their first chassis was completed in 2014 to become the very first Jester Monster Truck. In that time Pagliarulo and his team have competed across the country on the sports’ biggest stages in front of massive crowds and finding success along the way. Pagliarulo has a reputation for pushing the truck to the limits and going big in freestyle every time he takes to the track. Last year the Pagliarulo’s made the decision to expand their operation by adding a second truck to the team with the all new concept for the Kraken Monster Truck for their oldest son Nick. The all new chassis from PEI would be going to Matt and Jester, while Nick would inherit their first truck to run as Kraken. The PEI team would put the finishing touches on the piece in May before delivering it to the Pagliarulo’s in Deltona, Florida along with a ton of parts to complete the assembly of the truck. Their team has a quick turnaround ahead of them as they intend to debut the truck next month in July for a busy summer schedule ahead. We look forward to seeing the all new Jester Monster Truck in action and we’re proud to have the Tom Foolery Motorsports team as great customers putting our products to the test.